Clark has been reporting on New York state government and politics for the last six years, during which time he's worked out of the state Capitol in Albany. Clark reported for the national political fact-checking publication PolitiFact, the Buffalo News, the statewide political television show Capital Tonight, and most recently the New York Law Journal.

At the New York Law Journal, Clark focused on state legal challenges to President Donald Trump, as well as litigation concerning laws enacted by the New York State Legislature. Clark covered the Legislature in each role he's held and is a familiar face to state lawmakers and staff.

Clark is a native of Afton, NY in Chenango County. He's lived in Albany with his husband since 2011. Darrell Camp joined the New York NOW team in 2021 as a reporter and producer for the show. He's part of our team that covers state government and politics every day.

Camp previously worked for TALK1300, a talk radio station in the Capital Region, where he covered state and local news. 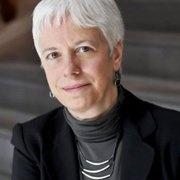 Karen DeWitt is Capitol Bureau Chief for New York State Public Radio, a network of 10 public radio stations in New York State. She has covered state government and politics for the network since 1990.

A regular contributor to 'New York NOW,' she frequently appears on the Reporters' Roundtable segment and often interviews newsmakers.

Karen previously worked for WINS Radio, New York, and has written for numerous publications, including Adirondack Life and the Albany newsweekly Metroland.

She is a past recipient of the prestigious Walter T. Brown Memorial award for excellence in journalism from the Legislative Correspondents Association and was named Media Person of the Year for 2009 by the Women's Press Club of New York State.

Karen is a graduate of the State University of New York at Geneseo.