Still no arrangement for Comptroller to audit state contracts

A handshake deal between Governor Andrew Cuomo and the state’s comptroller to reinstate the comptroller’s powers to audit contracts in the wake of corruption scandals has stalled. Reform advocates are accusing Cuomo of reneging on the deal, something the governor’s office denies.

In 2011, Governor Cuomo persuaded the legislature to limit the pre-audit powers of the State’s Comptroller, Tom DiNapoli, when it came to large economic development contracts. They included ones through the State University’s Polytechnic Institute, which was heavily involved in hundreds of millions of dollars of economic development projects.

“The oversight powers of the comptroller’s office were diluted,” said DiNapoli, in an interview.

Cuomo said at the time the extra oversight slowed down the process.

But since 2011, the over $4 billion dollars in annual subsidies for economic development led to major scandals of bribery and bid-rigging, including $750 million dollars for the Solar City project in Buffalo and a never used film hub in Syracuse.

The former head of SUNY Polytechnic, Alain Kaloyeros, as well as several former close aides and associates of Governor Cuomo, are facing or serving prison time.

The Comptroller, and government reform advocates, have argued that if the Comptroller’s office had been able to examine the contracts, they might have averted the damaging scandals.

Cuomo, just before the state budget passed in late March, struck a verbal agreement with Comptroller DiNapoli, to allow the comptroller to once again see the economic development contracts.

DiNapoli says nearly half a year later, the details still haven’t been worked out.

“The spirit is there, but the actual translating the intent into a practice hasn’t happened,” DiNapoli said.

When asked if he had reviewed any economic development contracts, the Comptroller said “no”.

John Kaehny, with the reform group Reinvent Albany, says he thinks the governor broke his promise.

“The comptroller is a gentleman, but it looks to us like the governor completely reneged on a publicly announced deal, ” Kaehny said.

“Because no agency volunteers to have pre audits or review by the comptroller of their upcoming contracts,” Kaehny said.

“My goal would be to work it out administratively and then have it memorialized in statute,” DiNapoli said.

The legislature has had second thoughts about the 2011 agreement, and bills have been proposed to return the auditing authority. But they have failed to pass and become law. The next chance to do so would be in 2020 when the legislature next returns to the Capitol for session.

Kaehny says with all of the bad publicity over the bid-rigging and bribery scandals, he’d think the governor would welcome the measures and would want to be “inoculated against claims of waste, fraud, and abuse”.

But he says since then, “zero reforms” have been enacted.

The governor’s office denies that the governor reneged on the deal, and say they are still working out the details on how to restore the comptroller’s auditing oversight authority.

“John Kaehny doesn’t know what he’s talking about,” said Cuomo spokesman Jason Conwall. “The agreement is still in place and the final details are being worked out.” 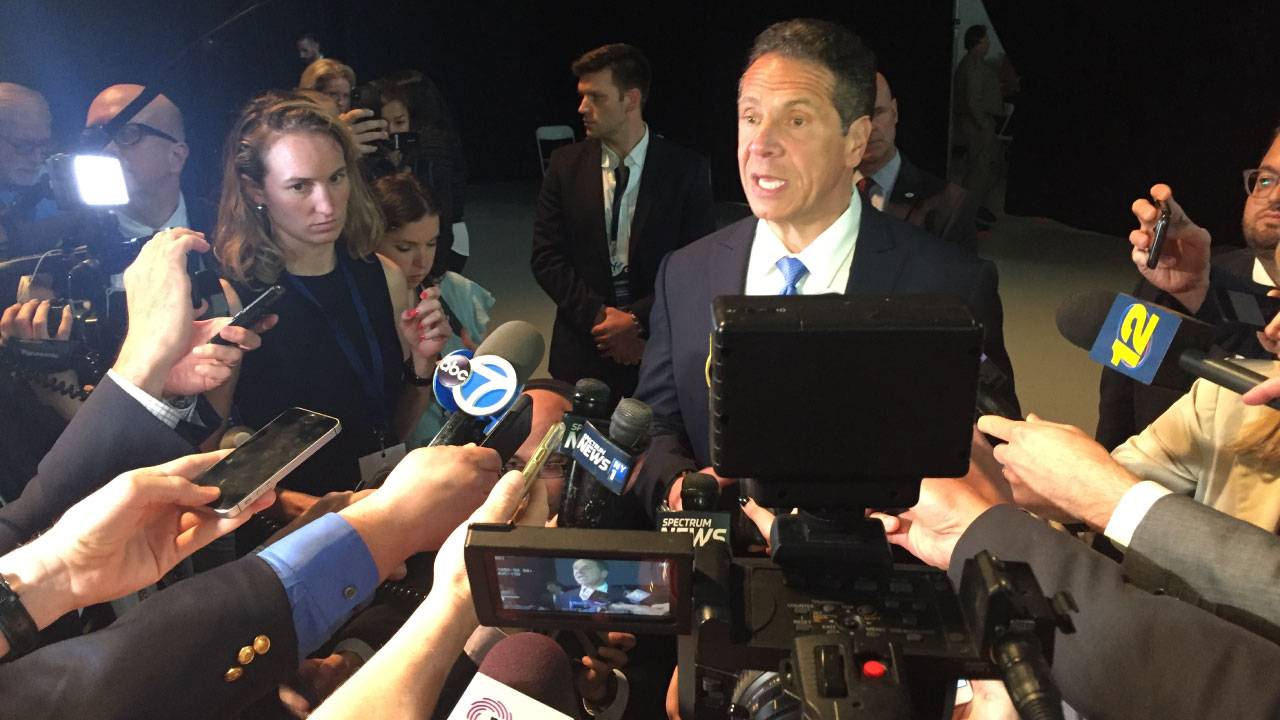