Cuomo does not like to say the words "Donald Trump"

While a new poll finds New Yorkers would like Governor Cuomo to be a “national leader” challenging the policies of President Trump’s Administration, Cuomo seldom actually mentions the President by name.

Governor Cuomo has railed against the Republican plans in Washington to repeal and replace the Affordable Care Act, singling out two New York GOP Congressmen, Chris Collins and John Faso, who have proposed an amendment to charge the state $2.3 billion dollars to pay for county Medicaid costs.

And he has not minced words in expressing his opposition to the Trump Administration’s restrictions on immigration- saying immigration officials should deport the governor first since his grandparents were immigrants.

But  Cuomo avoids actually calling out Trump by name, even though the President is highly unpopular in New York.

The governor also refuses to get drawn into the many controversies surrounding the Trump White House.

Reporters asked Cuomo this week about the travails of the President’s son, Donald Trump Jr., and emails that led to a meeting with a politically connected Russian who might have had dirt on Hillary Clinton. It was the top news story in the nation, but Cuomo said he hadn’t seen Trump Jr’s emails.

“I don’t know the facts,” Cuomo said. “I just haven’t heard any. I’ve been working.”

The governor apparently is not often on Twitter either.

Cuomo never publicly comments on Trump’s tweets. The governor was asked in late June about a Trump tweet that criticized MSNBC cable news host Mika Brzezinski, questioning her intelligence and claiming that she had turned up at Mar a Lago “bleeding from a facelift”. Cuomo said he had not seen them.

“Let me read them first,” Cuomo said. “Sometimes I like to read the information before I comment.”

The governor denied that he was dodging the question.

Cuomo did reference Trump directly, in a speech in Schenectady on Tuesday. But his complaint against the current President also included the Democrats who came before Trump. Cuomo says they were all just talk when it comes to building infrastructure.

“We are doing in this state what all the great national leaders have talked about. President Obama, Vice President Biden, new President Trump. They all say the same thing, infrastructure, build, everything is collapsing, invest in infrastructure,” Cuomo said, “Except nobody is doing it, except us.”

“There’s not much plus for Cuomo in going out of his way to pick fights with Trump now,” said Carroll who said his advice to the governor is “don’t make a big thing of it, you’ve got plenty of time”.

A number of news articles recently have focused on Cuomo potentially running for President against Trump. The governor often gives speeches touting his successes as though he is addressing a national audience, and he’s hired some key staff with experience running national Presidential campaigns.

The Quinnipiac poll finds that most New Yorkers, though they say they like the idea of the governor serving as a national foil against Trump’s policies-- don’t want Cuomo to run for President.

“Should he run for President? No, New Yorkers tell Quinnipiac,” said  Carroll who said the majority of state residents also don’t think Cuomo would make a good president.

But he says it’s also quite early in the race.

Carroll says the survey is already “tepid” for Cuomo, who, with a 46% approval rating is near a record low.

Cuomo says his only focus now is on being a good governor and seeking reelection in 2018. 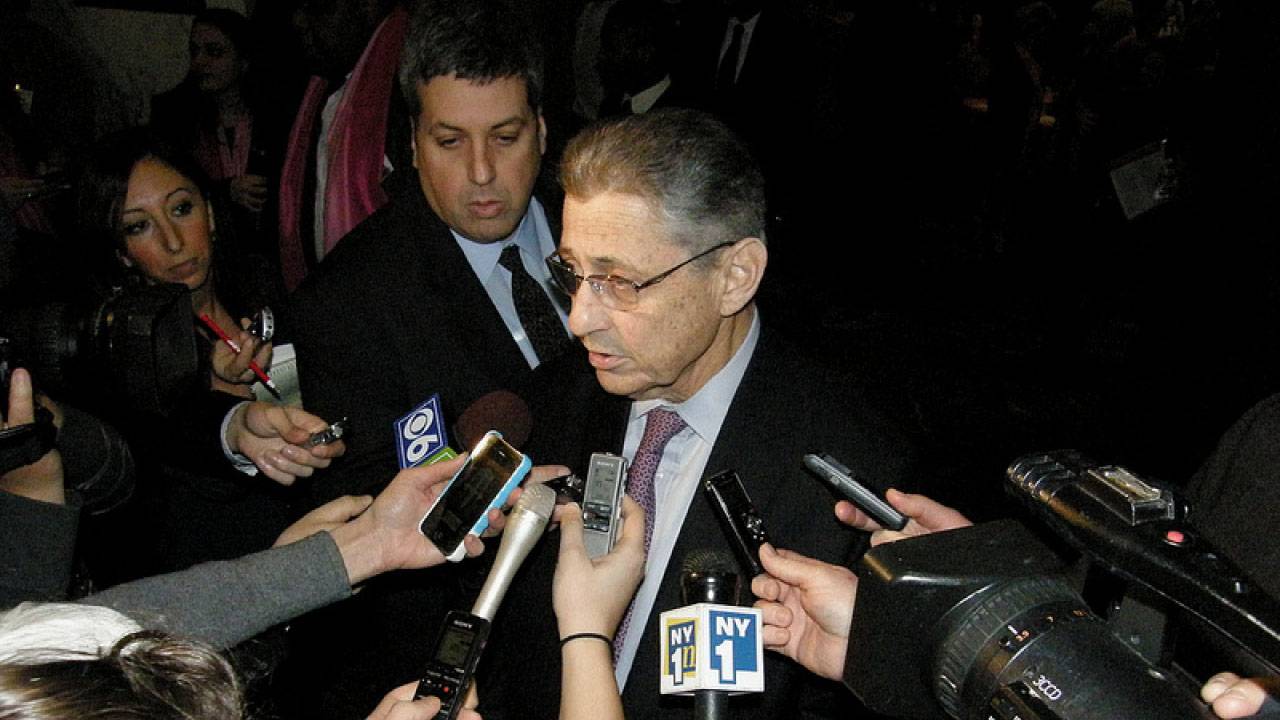