The New York State Thruway Authority begins hearings later this week on whether to impose a nearly 50% toll hike on trucks that use the toll highway. Many who plan to attend the hearings will testify against the idea, saying it’s bad for business. Karen DeWitt reports.

The Thruway Authority is proposing an increase on tolls for commercial vehicles that would result in trucks paying 45% more for tolls than they do now.

Business groups, along with the trucking industry, have objected, saying it would increase prices for every company that relies on trucks for shipping. Brian Sampson is the head of the pro-business group Unshackle Upstate says it counteracts Governor Cuomo’s message that New York is “open for business”, and he questions whether the Thruway Authority really needs the money.

“All of us have a right to be skeptical right now,” Sampson said.

Sampson’s group and others will be testifying at Thruway  Authority hearings on the proposed toll hike scheduled for later this week in Buffalo, Syracuse and Newburgh. They’ll ask for an independent forensic audit of the Authority, to determine whether there’s waste or any possible savings that could be achieved before resorting to toll increases. He says the authority board members and staff need to be “better stewards”.

“You need to show the taxpayers and the toll payers that  you are doing everything you can to be efficient,” said Sampson. “We just don’t think that’s going on right now.”

The State’s Comptroller has said he’s considering an independent audit, but has not yet decided.  In 2009, an audit by the Comptroller Tom DiNapoli found that a previously proposed toll hike wasn’t justified.

Governor Cuomo, who has said that the toll increases are needed, has taken a very different tack when it comes to proposed toll increases for the new Tappan Zee Bridge. Cuomo, who at first defended a possible $14 toll , up from the current $5 fee, later wrote a letter to the state’s Thruway Authority chairman. In it he asked that a task force be formed to find ways to reduce the proposed toll increase for the new bridge, which will not be completed for several years. The Authority agreed.

Sampson, with Unshackle Upstate, says he wishes Governor Cuomo would advocate as strongly against the truck tolls, as well.

“We need the governor to be far more vocal,” said Sampson. “We need him to write that same letter about the proposed tolls on the Thruway.

Sampson says he does not think Governor Cuomo wants the perception that “the people in Westchester and Rockland Counties are more important than the people in upstate New York.”


A recent story in the Buffalo News found that the Thruway Authority, during a sale of authority bonds, told investors that it believed the toll hike would be adopted.

Sampson says he and other business groups hope the toll hike is not yet a done deal. 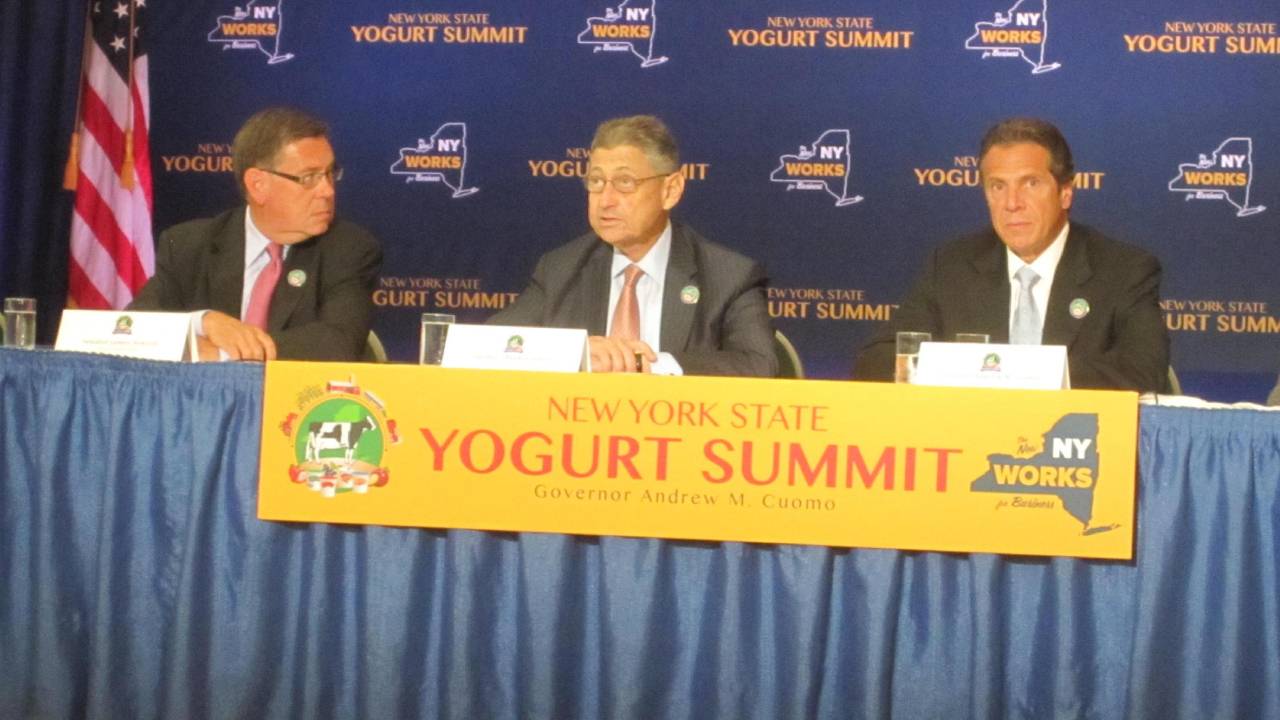